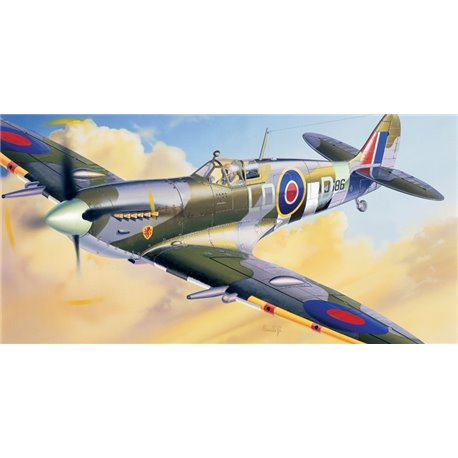 This product is no longer in stock

After the overwhelming German invasion and the Dunkirk evacuation of British and French survived forces in the first days of June 1940, all the territory of France had been occupied by Axis troops. The French General Charles de Gaulle, through the microphones of the BBC from London, stimulating national pride, exhorted the French people not to be demoralized and to continue to resist the occupation of France.

A lot of French soldiers continued to fight, doing numerous acts of heroism, up to the battle of Paris in 1944, after the Invasion of Normandy, and the following liberation of France. Several pilots, joined into Squadrons, equipped with Royal Air Force planes, continued to fly and to fight from British bases. Most of them flew on the very effective and reliable Spitfire Mx IX gained several air combat victories.